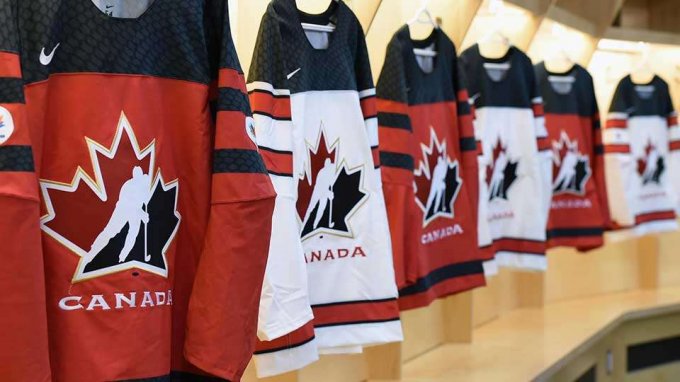 Hockey Canada has announced a pool of 109 of the country’s top young players, which includes Neena Brick from the Regina Rebels, invited to participate in a pair of virtual camps with Canada’s National Women’s Program.

“It is important to recognize the accomplishment of these athletes being  identified in our program at the under-18 and development level; they are a big part of our future moving forward,” said Gina Kingsbury, director of women’s national teams with Hockey Canada. “The virtual sessions taking place allow us to connect and educate our athletes on their development. We are also trying to take advantage of this opportunity to connect our next-gen athletes with our current senior athletes, creating a strong tie between generations of our program.”

As the virtual meetings progress through the summer, the athletes will cover topics that include at-home strength and conditioning plans, mental performance plans and check-ins, nutrition, dry-land skills, skating simulations, team-building activities, short-term international competition preparation and meetings with coaches.

The online sessions will take place up to twice weekly, with critical information being communicated to athletes to allow them to continue to evolve as high-performance athletes in this new environment, and will utilize the strengths and experience of Canada’s National Women’s Program leadership to help connect one-on-one, athlete-to-athlete.

In addition to the announcement of the rosters, Hockey Canada unveiled the coaching staff tasked to lead Canada’s National Women’s Under-18 Team for the 2020-21 season.

Howie Draper (Edmonton, Alta./University of Alberta, CW), who has led Canada to gold (2019) and silver (2020) at the IIHF U18 Women’s World Championship, returns behind the bench as head coach.

He will be joined by assistant coaches Alison Domenico (Ottawa, Ont./Providence College, HE) and Team Canada alumna Tara Watchorn (Newcastle, Ont./Boston University, HE), who was an assistant at the 2020 U18 women’s worlds, and goaltending coach Gord Woodhall (Winnipeg, Man./Winnipeg, MFMHL), who joined Draper as part of the medal-winning staffs in 2019 and 2020.

Hockey Canada also announced the support staff that will work with Canada’s National Women’s Under-18 Team throughout the 2020-21 season, including: