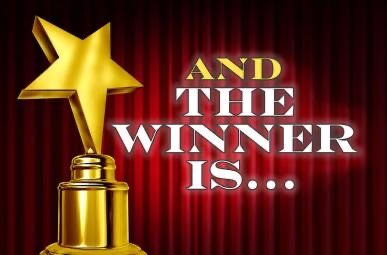 We are very pleased to announce the recipients of our 2019/2020 Hockey Regina League Awards.

These awards were to be announced at our Volunteer Appreciation and Awards Night, unfortunately that evening could not take place as planned. The recipients will still receive their awards and the presentations will be made when it is safe to do so. Thank you for all of the nominations, we are very fortunate to have so many incredible volunteers!

This award was created to pay tribute to a person who has made an outstanding voluntary contribution to Hockey Regina for a considerable period of time.  Their contribution could have came in a number of different areas such as player/coach development, team administration, coaching, officials, facilitation, planning etc.

Scott has been a coach with Hockey Regina for 13 seasons, many of those years he has volunteered with multiple teams. Here are some excerpts from the nomination that was submitted for Scott.

"He took the time to ask our son what he loved about hockey; what he was looking forward to in the upcoming season; and why he was selected to be part of his team.  Those first few moments really made each player feel valued and respected, even before the jerseys were handed out."

"Scott's ability to demonstrate self control and discipline with these (often challenging) adolescent boys has proved successful. We observed a season of self control and sportsmanship with our son and his teammates. These qualities Scott instilled will be lifelong values for them, long after the skates have been hung up."

"What comes so naturally to Scott, is his ability to recognize individual motivations. He managed to keep a team of 17 players (with very different perspectives and attitudes) engaged and united throughout the entire season, encouraging personal growth with each guided step. Every approach was intentional and deliberate. Besides his skills and incredible knowledge of hockey, Scott identified something more important with his teams - and that was taking the time to understand each player."

"His genuine concerns and team philosophies make him one of the most admirable coaches within your association."

This award is to be presented to a volunteer who has made an outstanding contribution to Hockey Regina during the current season; coach (team official), manager (team administrator), parent volunteer etc.  This individual will have volunteered their time and have received no monetary consideration.

Nathan has volunteered as a coach with Hockey Regina for 7 seasons. This year he was the Head Coach of the Pee Wee B Rebels. Here are some excerpts from the nomination that was submitted for Nathan.

"If you know Nathan, he is the type of coach that won't take credit for any of the accomplishments his team makes. I'm sure if he knew I was writing this letter he would make me delete it. Nathan doesn't realize how much he has impacted these girls lives."

"Nathan brings a huge knowledge of hockey to the team. He knows how to get the best out of each girl. He knows their strengths and weaknesses and works with that.  He is a very diverse coach. Nathan works hard to get to know each of these girls. The lessons these girls have learned from Nathan are not just about hockey, but life lessons that our girls will never forget."

"On a personal level he has helped my daughter not only want to be the best she can be on the ice but continue to be that off the ice. Nathan has boosted her confidence. She loves going out there and looks forward to seeing her team and the coaches."

This award is to be presented to a Hockey Regina team who has demonstrated a strong desire to help others in their community during the current season.  It is meant to encourage our players to give back and hopefully they will carry that consideration and awareness forward with them in life.

This team went above and beyond to show their support for various causes this year. Their major charity of choice was the SuperHEROS program of which the sister of one of their teammates had become a member.

Here are some excerpts from the nomination that was submitted for the Rebels.

"The Rebels wanted to give back to the SuperHEROS in some way and decided to help out Kyle.  He's a boy on the SuperHEROS with some physical challenges which won't allow him to skate on his own and he was being pushed around on a chair. So we hosted a day tournament out in Strasbourg to raise money for a Kaye Trainer which is a piece of equipment to help Kyle skate. The girls raised over $5000.00 and got that equipment for Kyle and he is now skating. When the Rebels go out on the ice with the SuperHEROS they are out there passing the puck, skating with them, talking with them and just treating them like regular kids, like Hockey Players... For the Good Deeds Cup the Rebels made it to the top 10 provincially, then they made it to the top 3. They didn't win the $100,000.00 for the SuperHEROS but they did win $5000.00 for making it to the top 3 and have donated it to the SuperHEROS."

"These girls are everything that this award is about. They raised $700.00 for Hockey Fights Cancer and they went to the Wheel House on Mental Health Day where each ride was an additional $3 that went to Mental Health. These girls are amazing young women who just get it.  They get that they are lucky and that there are kids out there that might not get the opportunities they have because they have a disability or can't afford to play. I think these ladies have shown the community that they are hard working, compassionate, loving and committed. The girls took charge of fundraising with some help from the parents and coaches.  They were very passionate to follow this thru to the end and they are continuing to do so."